Containment, a new episode of Cleverman, dystopian indigenous superhero science fiction series premiered in Australia tonight. Ryan Griffen and the Cleverman team are certainly making sure that we will remember the show.

“But you have to decide who it is you want to be,”  Virgil (Lynette Curran) says to Latani (Rarriwuy Hick) and sets up the whole episode.

Koen (Hunter Page-Lochard) has manifestations of his new powers, complete with disturbing visions of his partners and the woman in his head. Waruu (Rob Collins) has been screwed over once again by the people of the Zone, and his treading of the thin black is making no one happy, least of all himself. Deborah Mailman appears as Aunty Linda, and I hope her appearance won’t be as short as tonight’s exposition suggests.

There’s some very powerful messages to an Australian public, to the world, about dehumanisation. Strip a person of their identity, their name, their language, the markings of their people for a message. Make a race of person a whipping boy, punish them for being different, create an outsider. Refer to them as lesser forms of life: sub-human, monkey. See our country’s actions, both past and present, and find them displayed on the screen before you.

As Australians we don’t even need to look too deeply; this show is a reflective surface of our own record of the treatment of our indigenous peoples, of refugees. “People don’t give a sh*t. We’re not like them so they don’t care,” Harry says, and sums up White Australia’s monocular vision since arrival.

If Cleverman can keep this up, it is exactly the show I was hoping it would be, the show that was promised in the build-up to its release. The elaborate workings of science fiction shining a spotlight on the troubles and inequities of the world today.

Within the first two episodes, Cleverman has delivered compelling narrative, a diverse cast and reclaimed the Dreaming. Let the women lead more of the storytelling and this will be the best (not-so) speculative fiction this country has ever produced. If you aren’t all ready watching this show, you should start now. 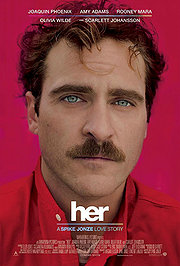