The last stop on our whirlwind tour of Canada’s east was the capital of the fine state of Nova Scotia. We were lucky enough to stay in downtown Halifax for the two or so days we were there, with a lovely view of the channel. 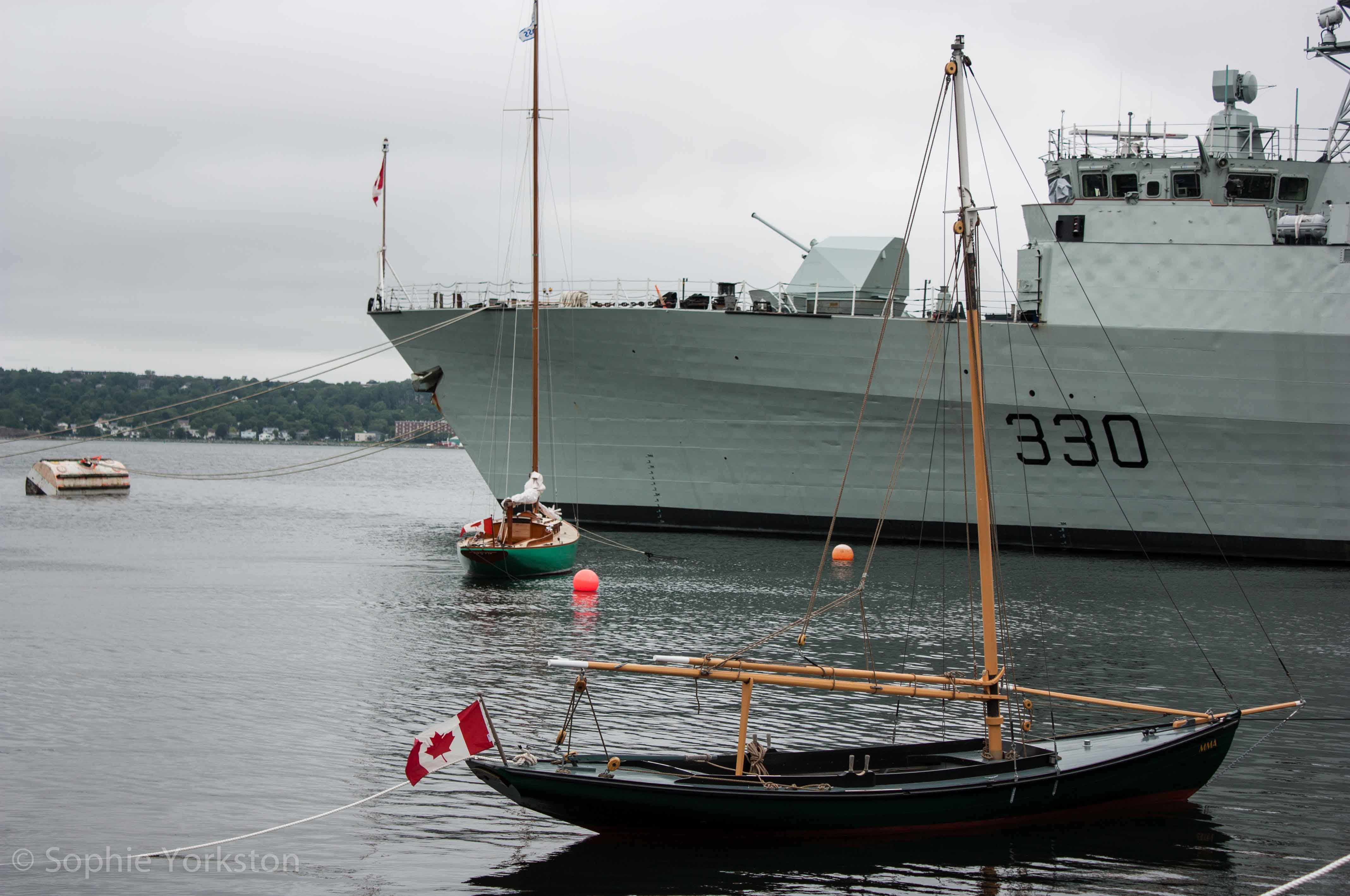 Our first day there was a bit wet and grizzly but it suited the sombre feeling of the warship bobbing in the dock. We had to wander past it to get to the Maritime Museum. I have to confess, before we went in, I was feeling that I might be a bit over museums and that I couldn’t see that I would really enjoy it. I was really wrong. 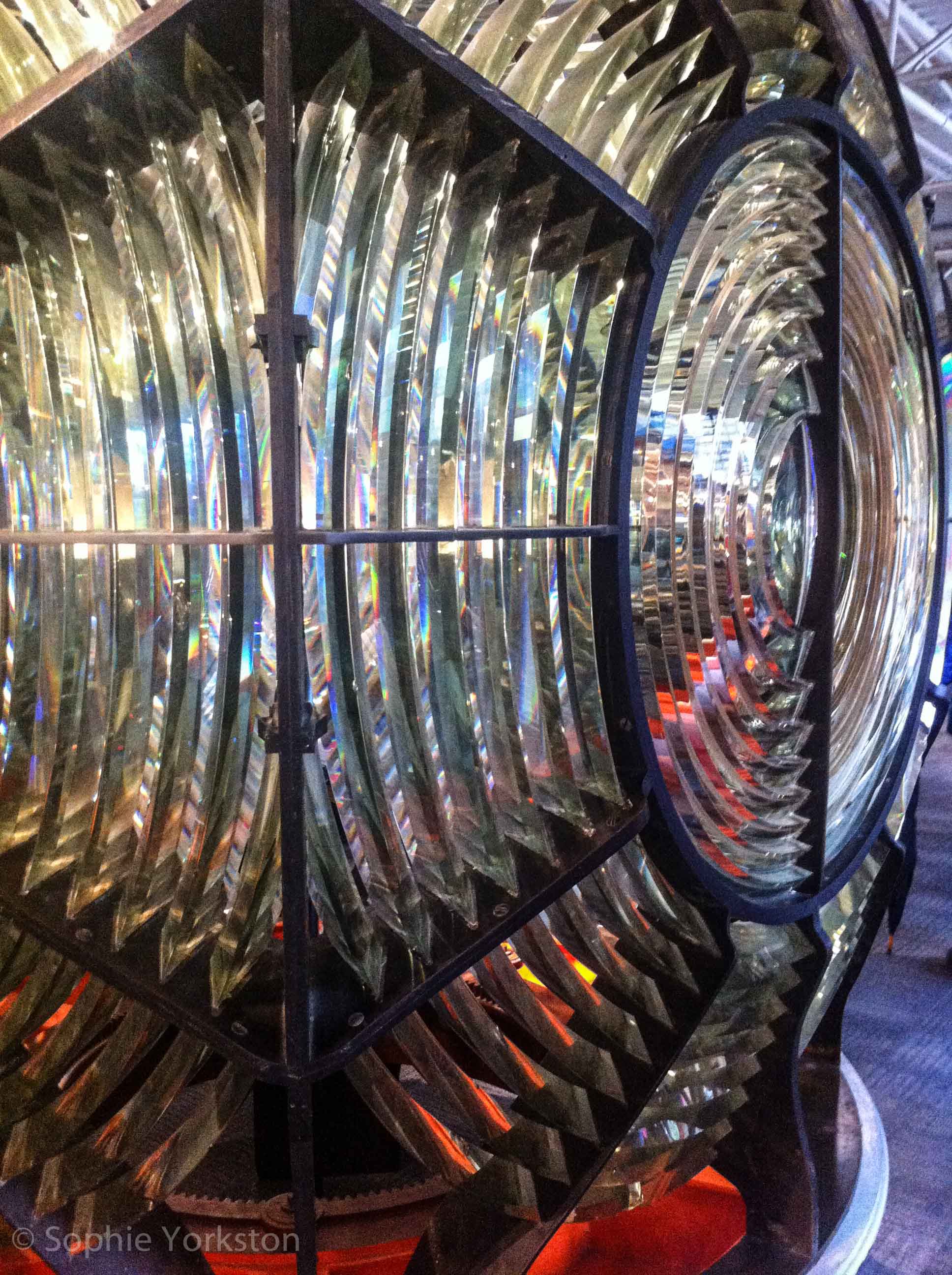 We started in the lighthouse section of the museum, walking past the early lighthouse globes. The one pictured is one from the early 20th Century, and each of the many facets is a piece of hand-crafted glass, designed to amplify the kerosene lantern behind. On into the wartime museum, the section that captured my interest was the story of the Canadian Wrens, or the female service officers. Their story is a testament to how far we’ve come, but also how far we have to go. Can you believe that they justified paying women a third of the wage as their male counterparts because they reasoned that they would need 3 women to replace each man? The worst part is, when the women completed the same quota, they did not receive equal pay, or even increased compensation. The Wrens fought for their country and were never recognised as equal to the men. 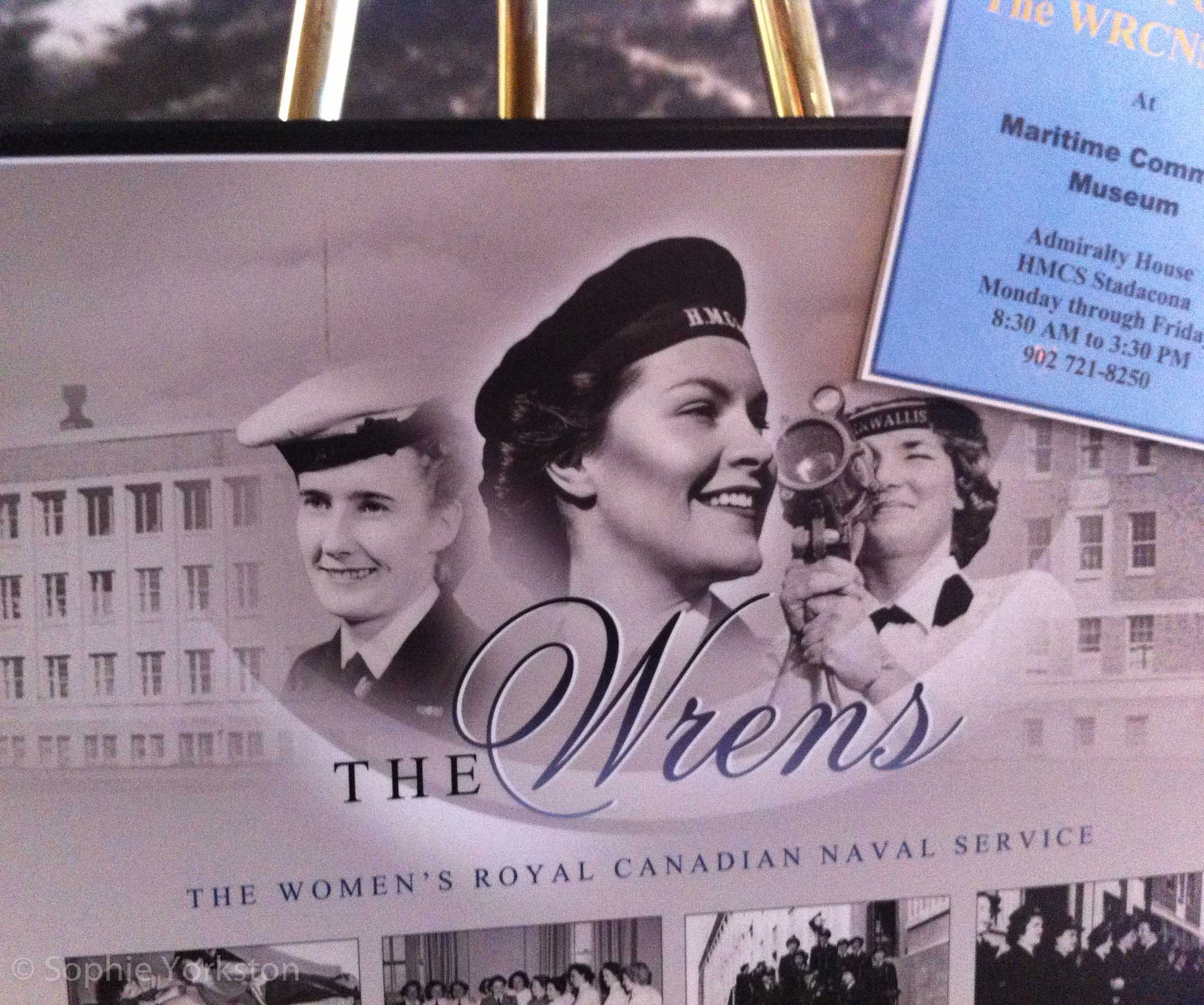 The museum has sloops inside it, and a hall full of hand-crafted and restored models of ocean liners, complete with histories and years of sailing. Did you know most ocean liners only sailed for about 20 years before they were scrapped, or quite often sank? So wasteful. 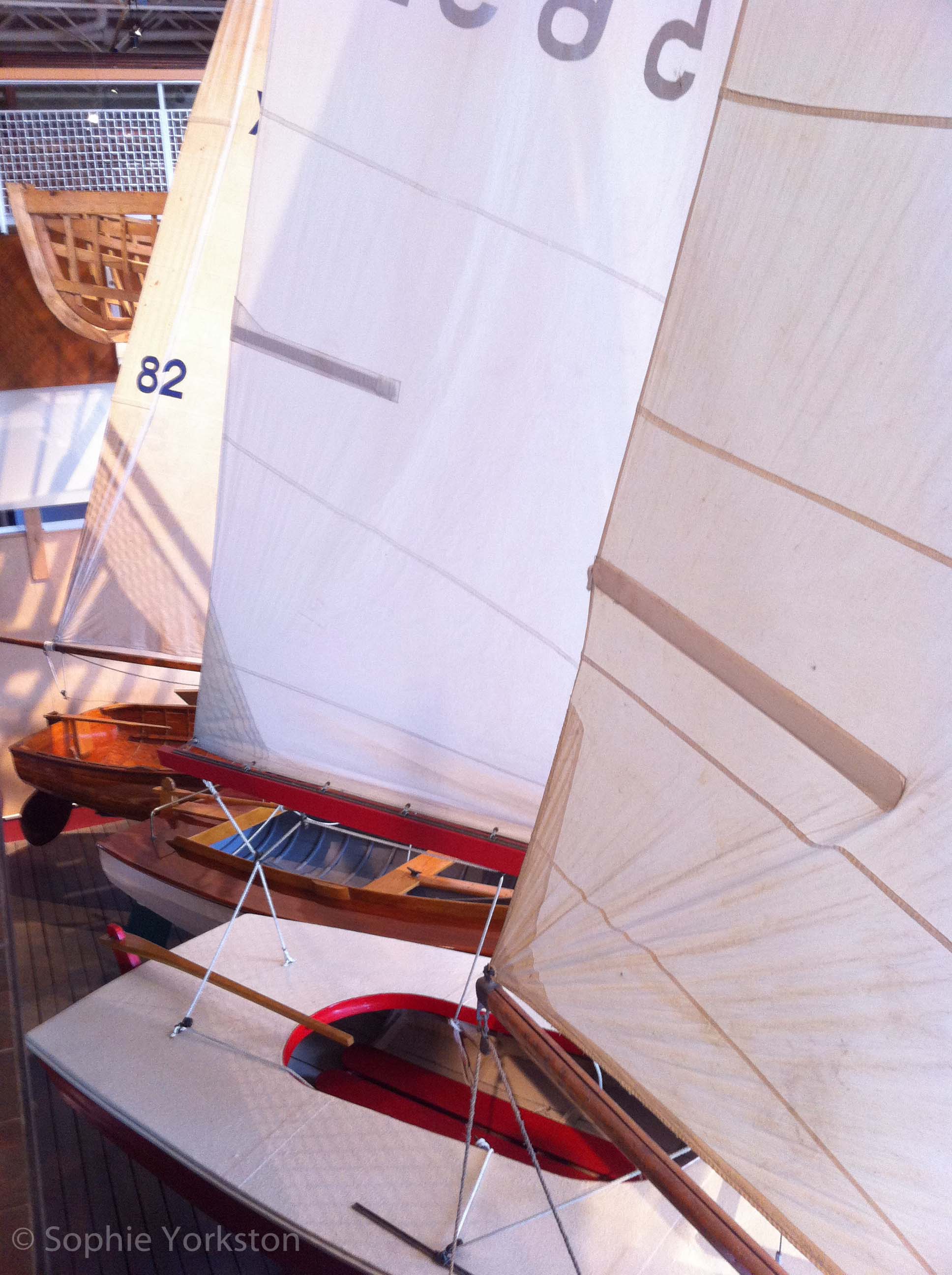 Nova Scotia is also famous for shipwrecks. In the museum there’s a map with a little light bulb for each known shipwreck and it is covered in them. The exhibit focuses on a few of the sad stories, including the most famous shipwreck of them all, the Titanic. The good people of Halifax were the ones to collect the bodies and survivors from the sea.

Halifax is also famous for the largest man-made explosion (prior to nuclear weapons) in 1917, where a ship loaded with explosives collided with another in a strait near the city, catching on fire only to drift into the harbour and levelled a large proportion of the city, though more human life was lost in the following fires. In the museum’s exhibit there are some moving stories, like that of the train dispatcher Vince Coleman, who sent out messages to stop any incoming trains and saved the lives of an entire passenger train while sacrificing his own.

On the wharfs outside the Maritime Museum of the Atlantic, there’s lots of stores along the channel-side boardwalk. Here, we got to try Cows icecream, a product out of PEI with extreme tastiness and lots of variety. We may even have had it on our way to the museum…There was also several bars with live music in that downtown boardwalk area, so it’s good fun.

On our last day of our trip we went up into the citadel, which is quite a climb from the water! From the top you can see the whole city, including Georges Island. As it was Canada Day, some of the sections were closed, but several staff were in traditional uniforms and involved in a couple of demonstrations. The walls are crumbling and slowly being smothered by plant life.  It was a beautiful day and lovely to be on the top of the city. 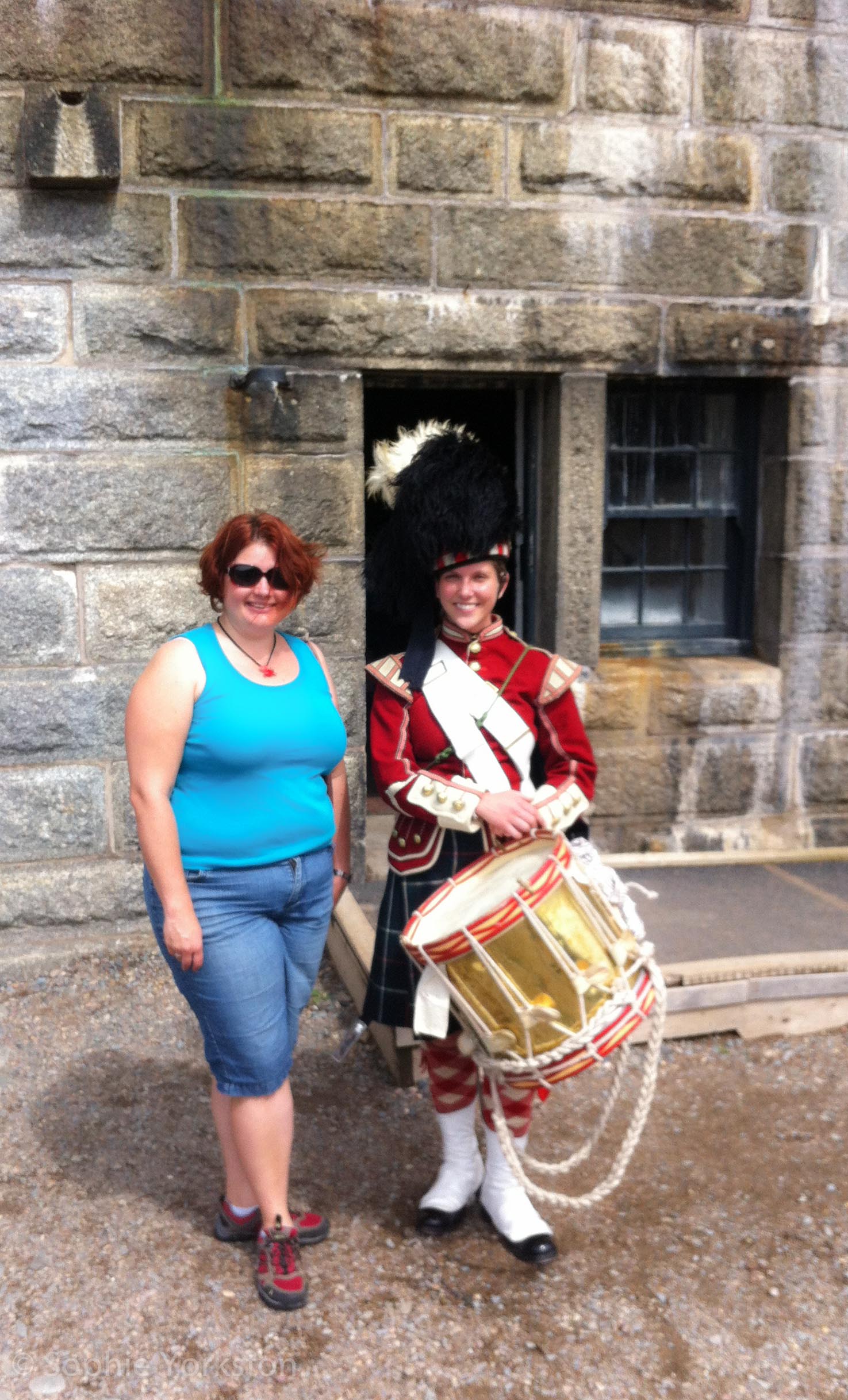 It was hard to say goodbye to Duncan and Phoebe, but it had been an amazing trip and we were ready to get started in Vancouver.

If you’ve missed the rest of our trip, here’s the beginning of our amazing journey.

« Previous post
Transitioning from the page to the big screen
Next post »
Are third-party sites helpful for writers?