I did imagine doing this post somewhat earlier this month, but here we are. A few discoveries came out of February and some good times writing short poetry and prose. Plus a lovely gift.

First of all, I’ll point you to this post of Jodi Cleghorn’s explaining Post-it Note Poetry month. This is my second go around and I always have such fun (I also wrote about it last year). You can go to the public Facebook group here or check out some under #pinp16 on Twitter.

Most of the prose I worked on in a free form style, like the below: 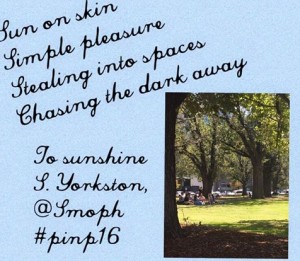 To sunshine, my itty-bitty ode to a sunny day on the university campus. 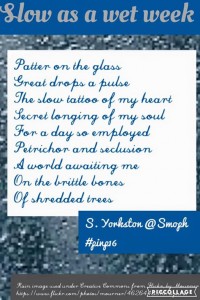 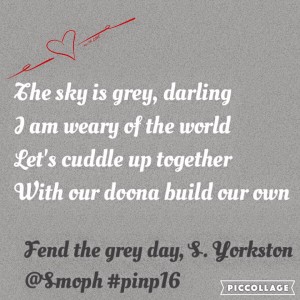 Slow as a wet week, which was the poem I wanted to write about a stormy day but I wrote Fend the grey day first. 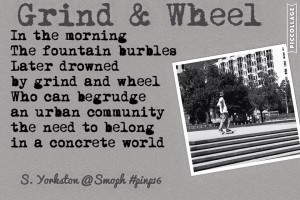 Grind & Wheel about the skaters in the park near work, searching for more compassion and understanding on a day everything annoyed me.

I was introduced to the zip-ode by my friend MX Kelly, which is a poem with the number of syllables for each number in the zip/ post code. I wrote a couple of others for homes I have had as well but didn’t set them to an image like these; I’ll post them sometime!

Sweet tropics and My Island Home. 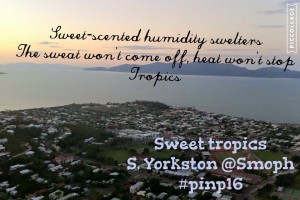 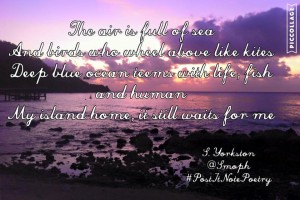 I commemorated events that I attended, or things that were happening in February that I felt involved with. On the field and Lies Fall Fallow. 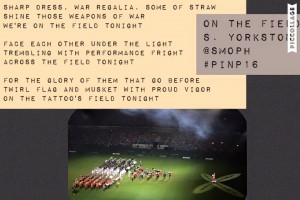 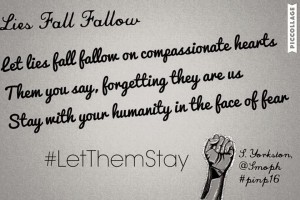 I dabbled with a new style coined “octain” by MX Kelly. My poem, Projections, which came out of Melbourne’s White Night. 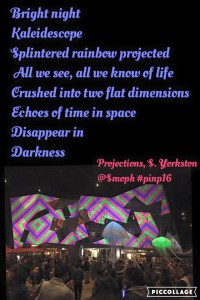 Adam Byatt also introduced those participating to an app, Storybird, which allows you to combine words and images for very short prose. It’s fun though! Do let me know if you’re on it and we can connect! 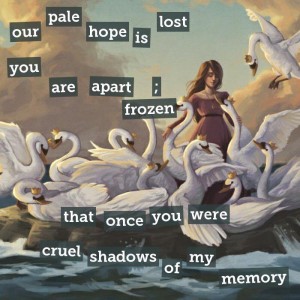 Jodi was also kind enough to gift me one of her beautiful pieces, crafted from rice paper origami squares and phrases from a book. It now resides in pride of place on my Vancouver magnet board. 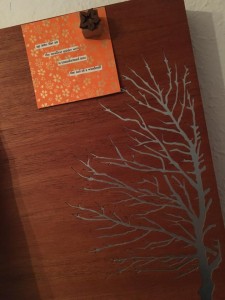 My beautiful gift: a #pinp16 poem from Jodi

Many thanks to Jodi for introducing me to this month’s potential for creativity two years ago and for my beautiful poem; Sean Wright for collating and sharing and being the archivist for this adventure; Adam Byatt for the introduction to the Lark Storybird app and being a co-founding the initiative; and lastly to everyone who participated, because I loved the poetry feed and what I learnt about new forms. A month of beautiful imagery!

One day, I’d like to record my poems so that they can be shared in another way, with another audience. But that’s for another time. Maybe I will get the courage for live poetry readings!

As for the rest of February, I mostly ran around doing things for the wedding, but I did write a little story that’s been kicking around in my head for a while. It’s with an editor for an anthology, so here’s hoping for a good outcome for that little friend. There’s also another I’m writing with another market in mind, hoping that third time will be the charm. My little baby story came back again, so she’ll be back out to another market in the near future.

I’m also lucky enough to have a friend who is a linguist and who was kind enough to help me out with some linguistic patterns for a character and some pointed edits I have to work on for another well-polished piece. Can’t wait to get it back out there again.

As far as I’m concerned, February has been a win given all the other bits and pieces going on. I don’t expect nearly as productive a March…