Our first day in Montreal, my partner Greg and I rushed off to meet our new landlord! We ended up in Le-Plateau-Mont-Royal, wandering down the street where the stores had market stalls on the street. We could have walked for kilometres but eventually turned back.

We really were in French territory here; everyone addresses you in French. It’s handy to have two little phrases, “I don’t understand” or “I speak English” in your French vocabulary, but almost everyone is bilingual. I am glad that some of the primary school French came back – I can identify some words and very few select phrases.

We went back to Mont-Royal with Duncan and Phoebe and spent some time wandering the streets all the way to the downtown/old town area, which had the well-known screech of the Formula One cars. It was the Grand Prix then, which meant the city was teeming in some areas but quiet and deserted in others. We got to see some old buildings, but unfortunately the oldest building from the 1600s, a seminary in old town, was being reconstructed and cared for so we couldn’t see it. Disappointed. We wandered into Marché Bonseccours, which we thought would be a bustling market but it was a series of high end stores.

Yesterday, we did find a  food market at Jean-Talon, where we are staying. It is a true farmers market, overflowing with pristine and delicious looking produce. We bought some strawberries and fresh food, and there were no regrets. We ended up back in the city, looking at Rue de Sainte Catherine, which is supposed to be a lovely place for shopping, but we didn’t find much to interest us. 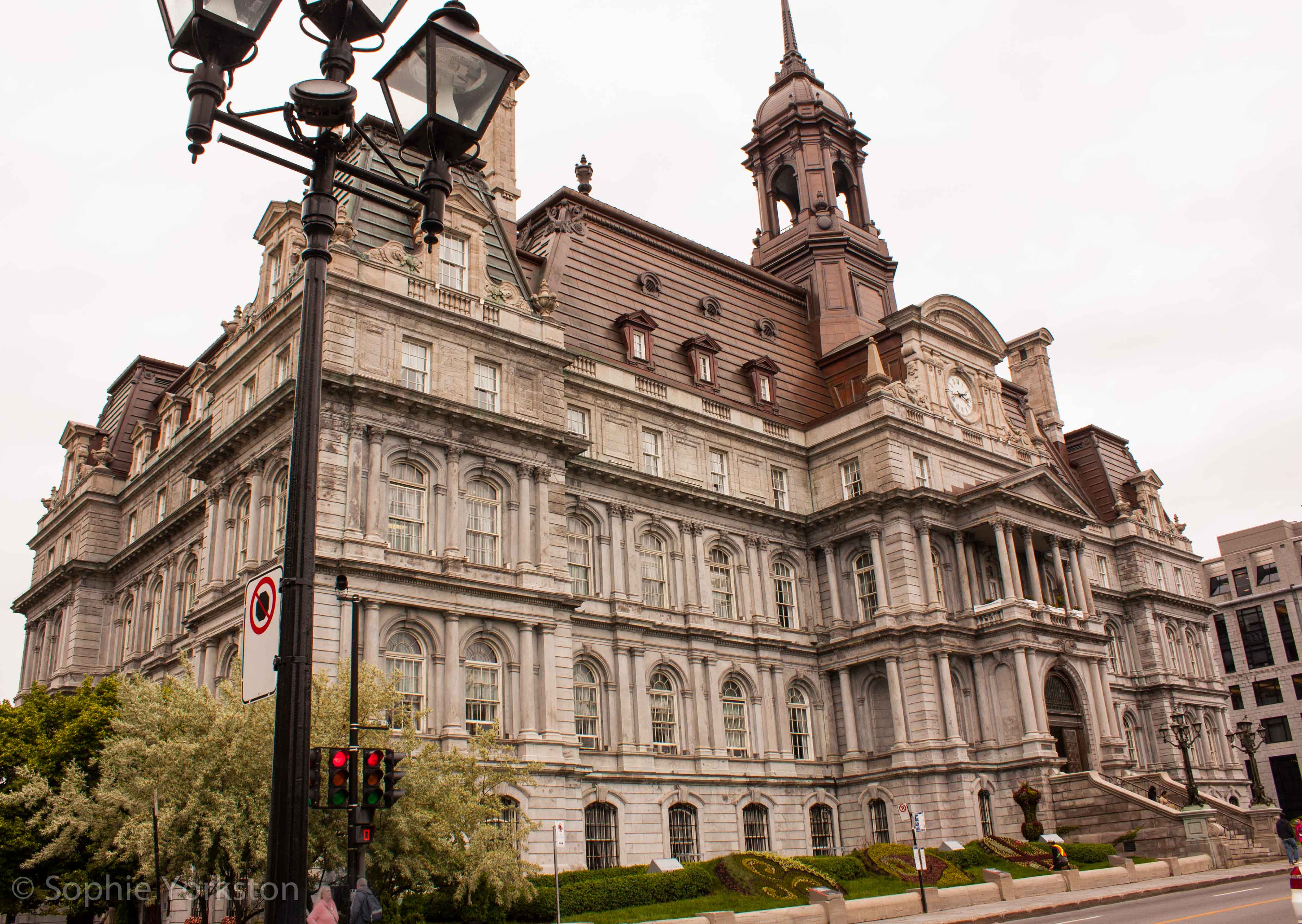 We continued on to the Musée des beaux-arts de Montréal, or the Montréal Museum of Fine Arts. I can recommend this place as a whole day activity. It is huge, free (unless you want to go to the special exhibits) and has such a dynamic range. There’s work by masters like Rembrandt, Monet and several others in their collections. We only had a few hours and I was so absorbed in the paintings, I failed to hear the security guards telling me it was time to go. Oops! 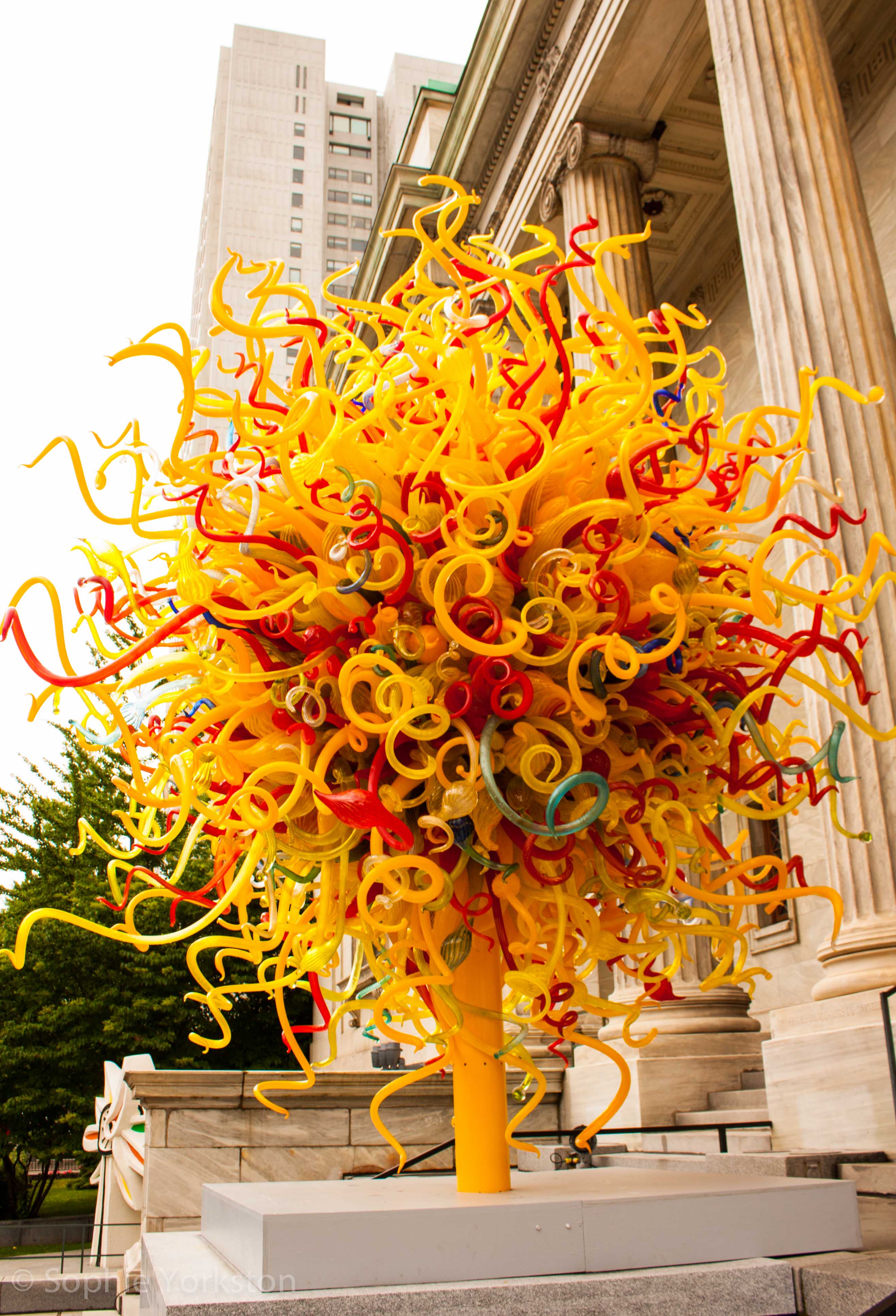 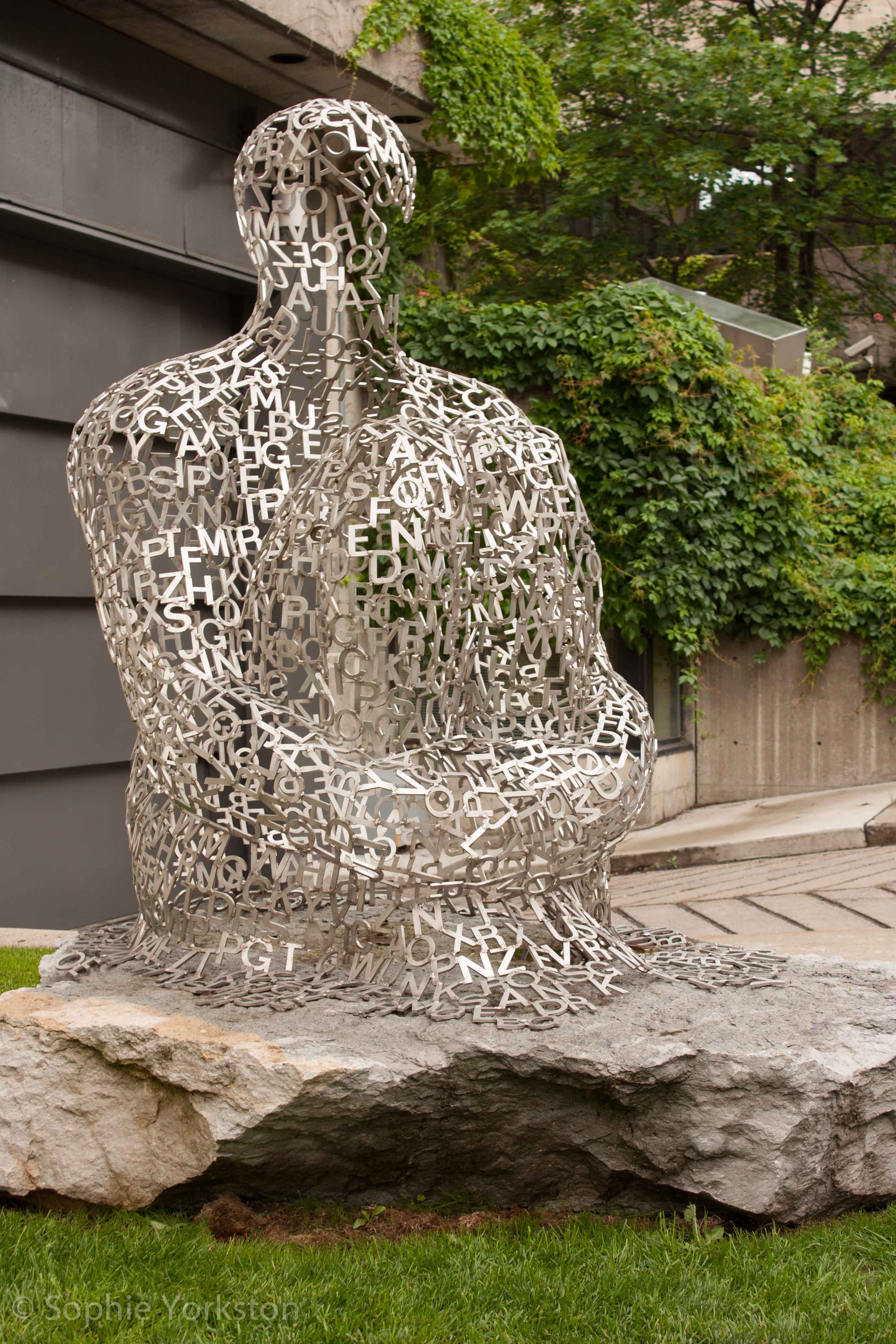 Outside, they had these really interesting sculptures. One was a ball of twisted glass; a sculpture for their upcoming exhibit of American artist Chihuly. The best one was the one the kids were mad about; a whole street covered in those rubber tags we use on roads, in 3 different colours. Kids and adults alike were running up and down laughing and interacting. Good work Montréal! Ending of the day, we took the Metro (which is comparatively similar to the London and French tubes Greg tells me; regardless, really easy to navigate and decorated beautifully!) to the Latin Quarter. We were all a bit underwhelmed but had a lovely time and nice sangria at a little Mexican place called Mananas. 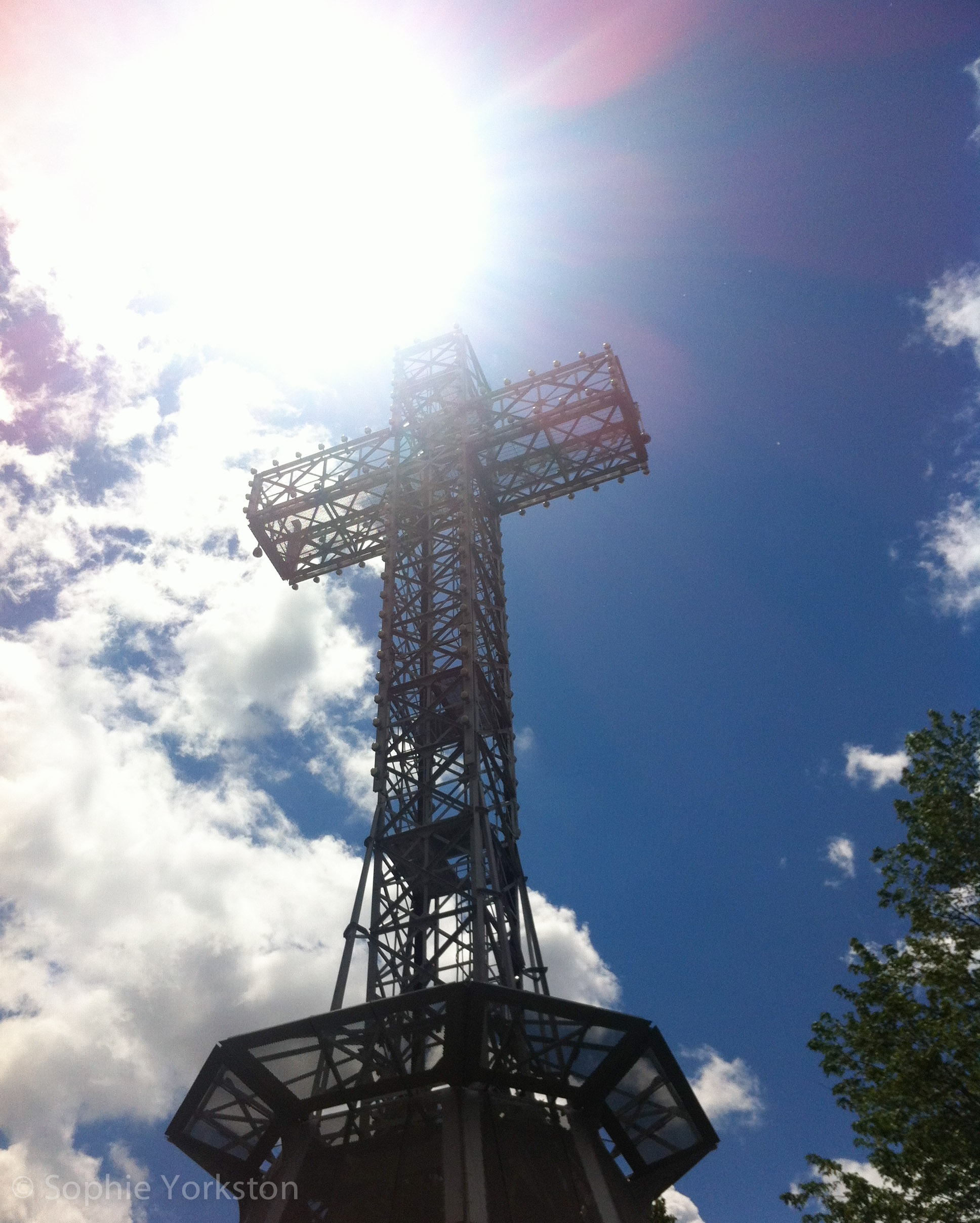 The next day, we climbed the mountain. The city wraps around Mont-Royal, so it was time to pay tribute. I don’t know how long it took us, only that we were walking for hours. The walking tracks we used were reasonably steep, but there were some much gentler and longer ones. Of course, Duncan and Phoebe are in good shape so looked relaxed and elegant, while I huffed up the hill and Greg took a bit longer as his feet were giving him trouble. Luckily I don’t take long to recover, but I have been a lovely shade of pink all day. We got up to the summit, and just before I saw my first chipmunk! I was excited, but I didn’t manage to get a good shot. They are extremely agile. We had trouble figuring out where the observatory might be, the summit was not well sign-posted at all despite being riddled with paths, but we did make it to the Croix du Mont-Royal. It’s a huge cross made of metal struts that you can see from the city below. We went back to the Museum of Fine Arts after a well-deserved and hearty lunch, to get in as much as we could. Greg and I did not finish looking through and returned when we transited through Montreal when heading back west. 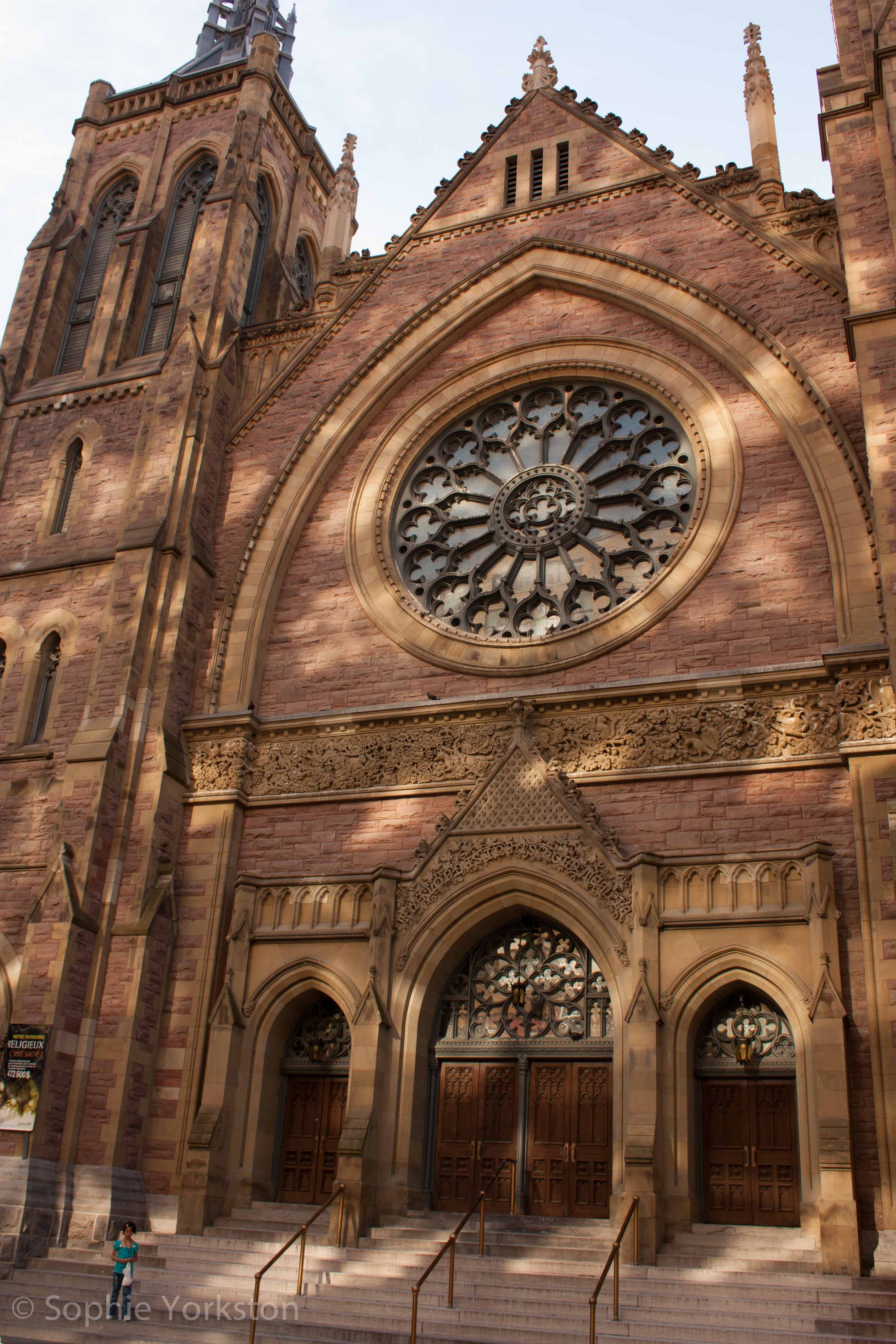 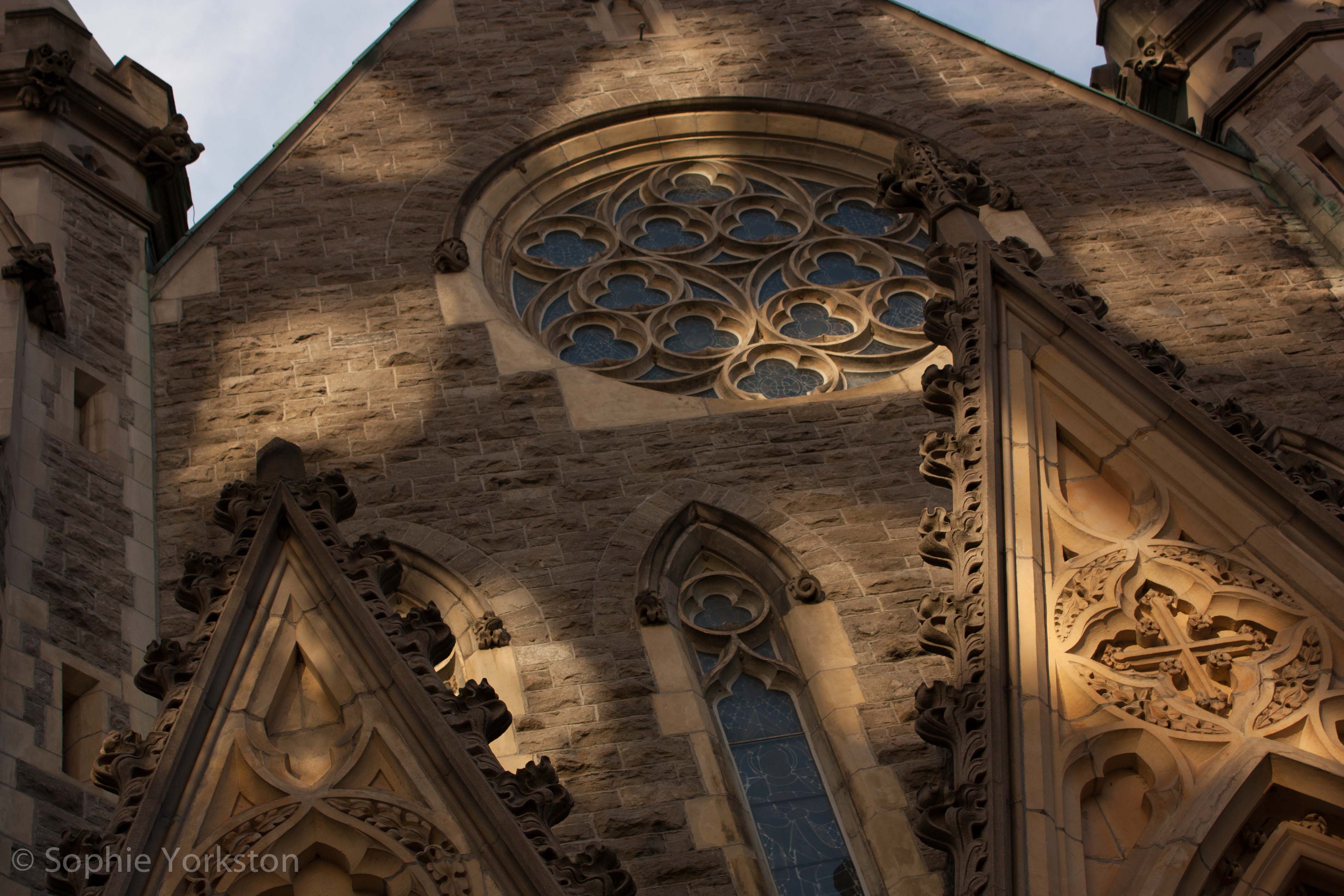 Montréal is truly Canada’s city of churches. They are everywhere, and are generally beautiful Gothic style ones. Several have features of Notre Dame in Paris. I spent much time photographing this portion of the trip, much to the exasperation of the other travellers, I’m sure! One I found had cheeky gargoyles. Otherwise, Montréal a bit dirty and I feel like there might be quite an underbelly we haven’t seen. I can’t explain it more than as a feeling.

From Montréal we journeyed to Québec City. We stayed in a very inviting and homely place in Lévis, on the east bank of the St. Lawrence River and a quick ferry ride from the old town. We passed some of the huge icebreakers belonging to the Canadian government, obviously in dock for a few days during the warm springtime.The cobbled streets and lovely old buildings of the Lower Town charmed us, all lovely river views and European-style charm. In the sunshine, it was wonderful. The rain that drizzled on us all of the next day took the edge off our enthusiasm for the town. 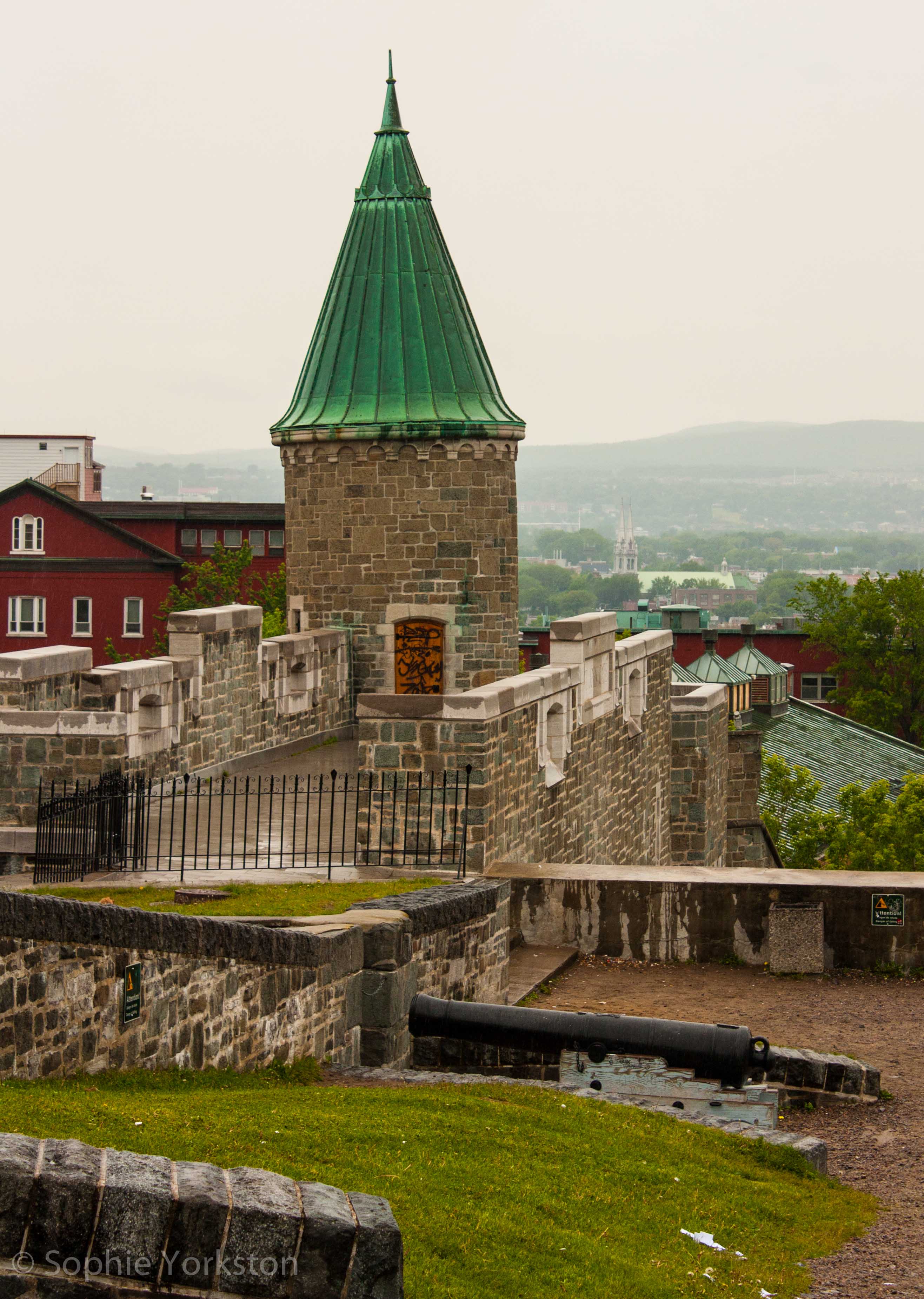 Greg and I wandered the old fortifications or ramparts around the Upper Town. There was a lovely walk up a boardwalk to the top, the Governor’s Walk, with expansive river views and flowers hanging between the railings. Otherwise, the dug-in fortifications of the Upper Town were mildly interesting to walk atop of; a unique barracks set-up punctuated with watch towers. We could have missed the barrack areas, as they were dull, but I found some really innovative graffiti. The Esplanade Gardens had some lovely flowering plants and the Fontaine de Tourny was a lovely diversion from the urban portion of the city. 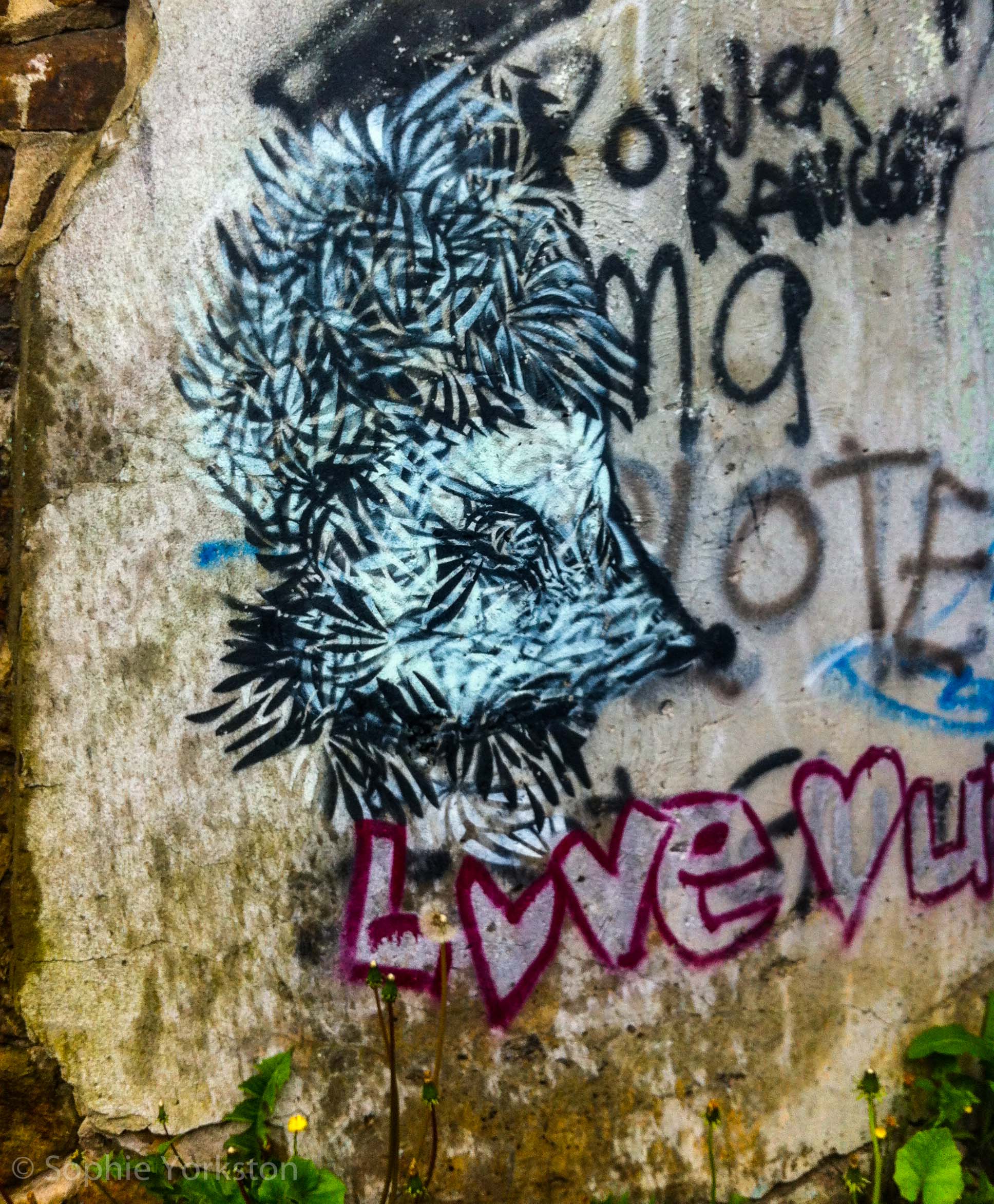 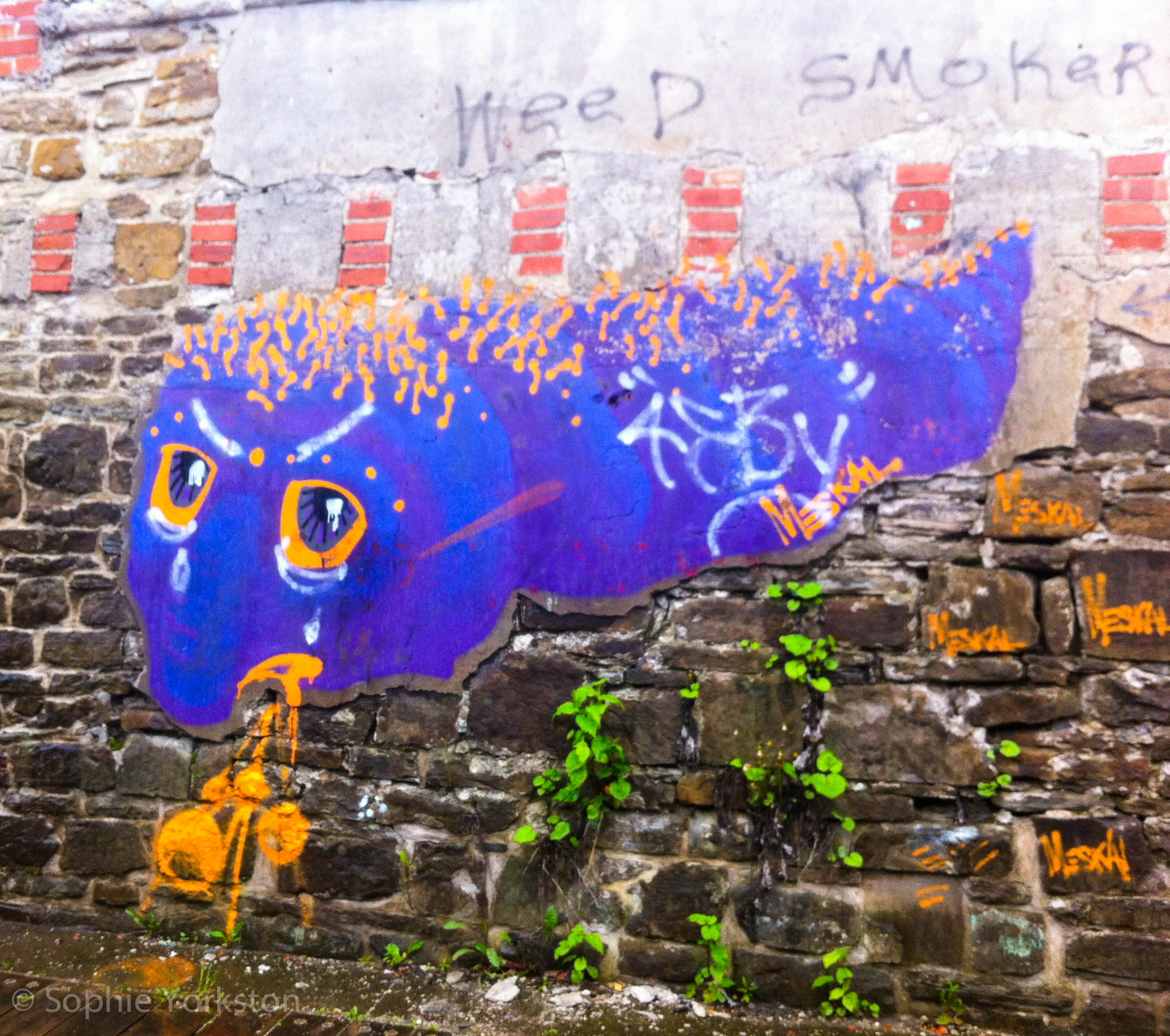 We left Quebec City and made a brief stop off at the Ile d’Orleon, where we picked up some tasty cider on the recommendation of a Québécois local. The morning sunshine and fresh ciders and jams on the rustic beauty of the island were a balm after the rainy days in Québec City.

This is part of a series, talking about our travels in the beautiful country of Canada. You can find the first instalment here or follow us along the St. Lawrence.