I am a voter in the electorate of Higgins. Higgins, a (possibly formerly) safe Liberal seat, in previous terms boasting most recently an Assistant Treasurer (Kelly O’Dwyer) and formerly a Treasurer who would never be PM (Peter Costello).

In a shocking development for the LNP, Higgins has been polling strongly for the Greens. Obviously worried, the LNP have been bombarding the electorate. I have received, in the last week, letters from the state representative, Ms O’Dwyer and now Peter Costello. 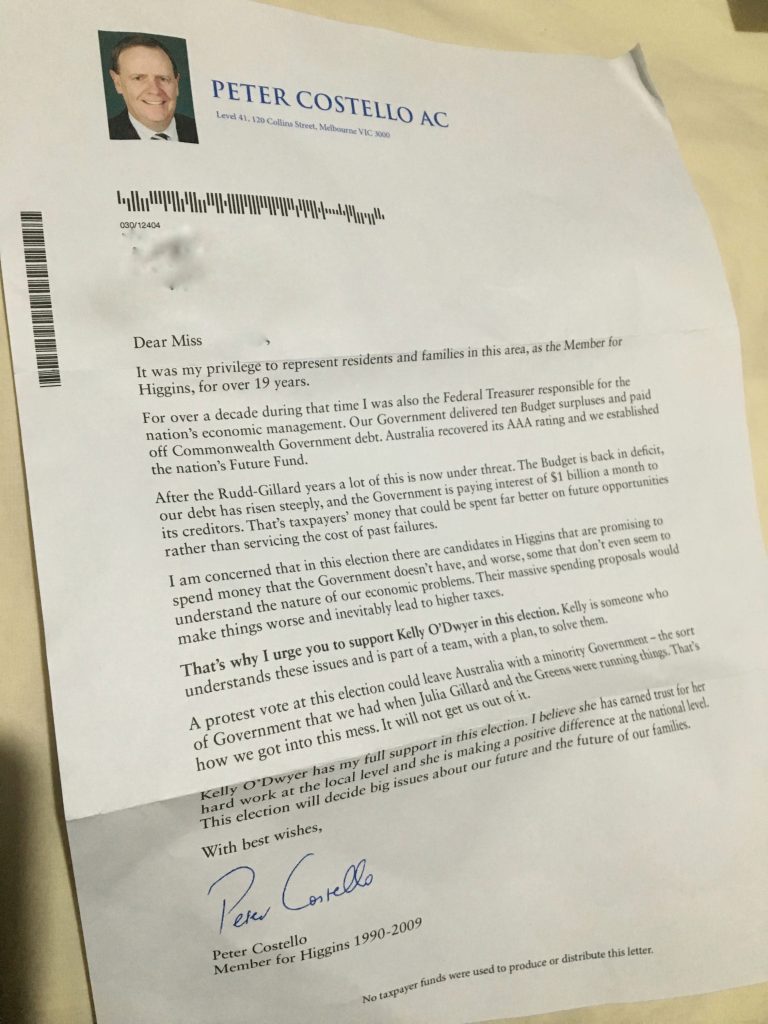 I’m not really thrilled to be contacted by a former member (by 7 years, the better part of a decade, though Greg tells me that it is legal). However really got my goat in this letter was suggesting that not voting for the Liberals was a “protest vote”. 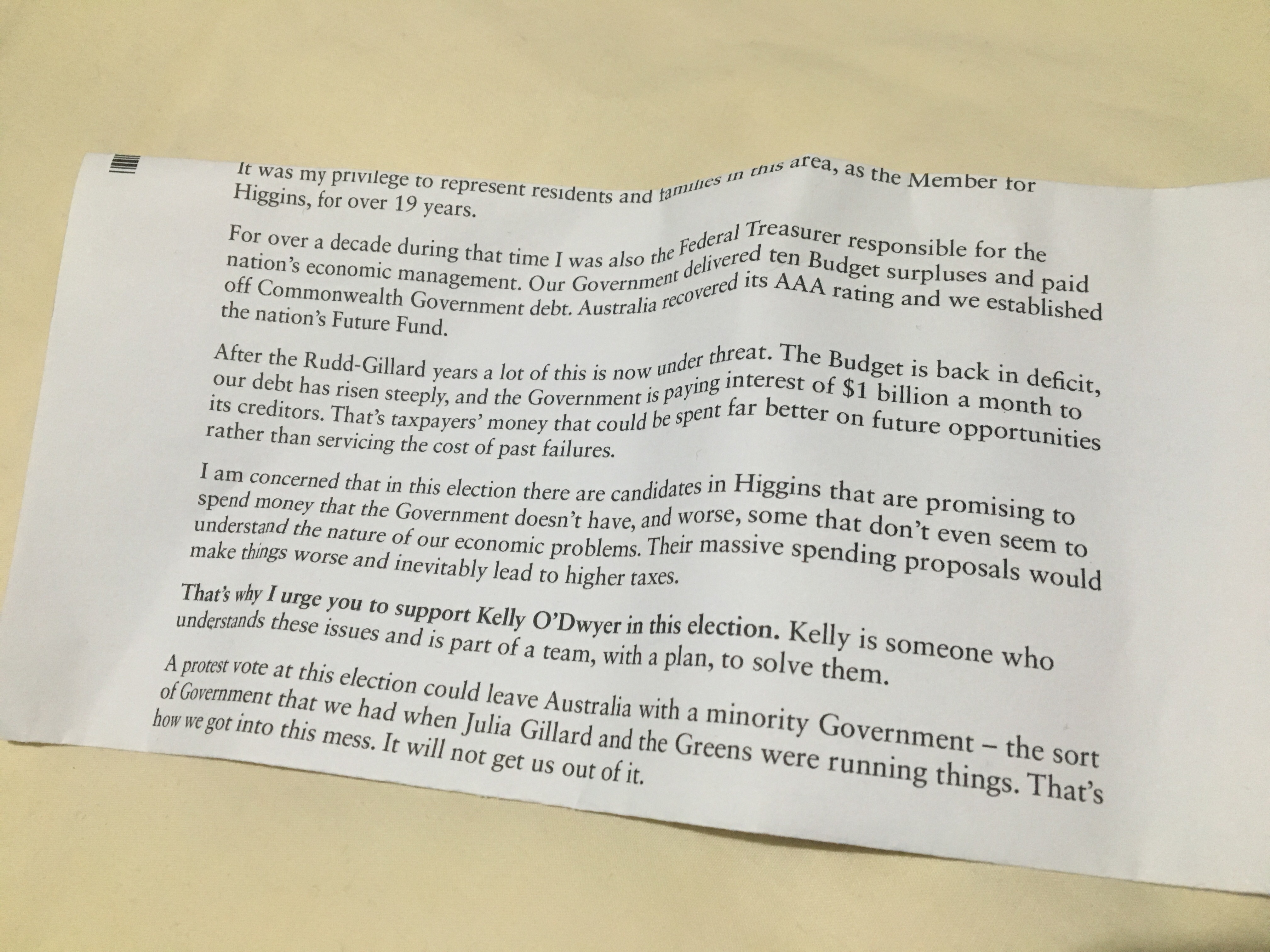 Let me make this clear for my member and for the Liberal Party, and any other party talking about “protest votes”: anyone in this electorate, or any other, choosing to vote for whoever they feel best represents their view is not casting a protest vote.

They are highly dissatisfied with (undifferentiated) two-party politics.

They are mortified by state-sanctioned cruelty.

They are unhappy that businesses, often overseas enterprises, are being represented before they are.

They are dissatisfied with their representatives appealing to the lowest common denominator and the rise of anti-intellectualism.

They have had it with elected officials outright lying and abusing their privileges at the cost to every Australian, with no one willing to take on a corrupt entitlement system that ultimately benefits them.

They are sick of having money wasted on non-issues, like a plebiscite on who consenting adults can marry, which the government will not regard as binding.

They are disgusted that money keeps being stripped from services that ensure safety, health and wellbeing for everyone.

They are destroyed that politicians seem to think that economic survival can only come at the destruction of our unique, natural wonders and not in innovation.

Not voting for Labor or Liberal in this election is not a “protest vote“. It’s the death knell of the two-party preferred system, at the hands of a public who would like to actually be represented by people who aren’t ok with corruption and don’t want to take away everything that makes Australia great.

And talking down to your highly educated, highly literate electorate is not doing you any favours.