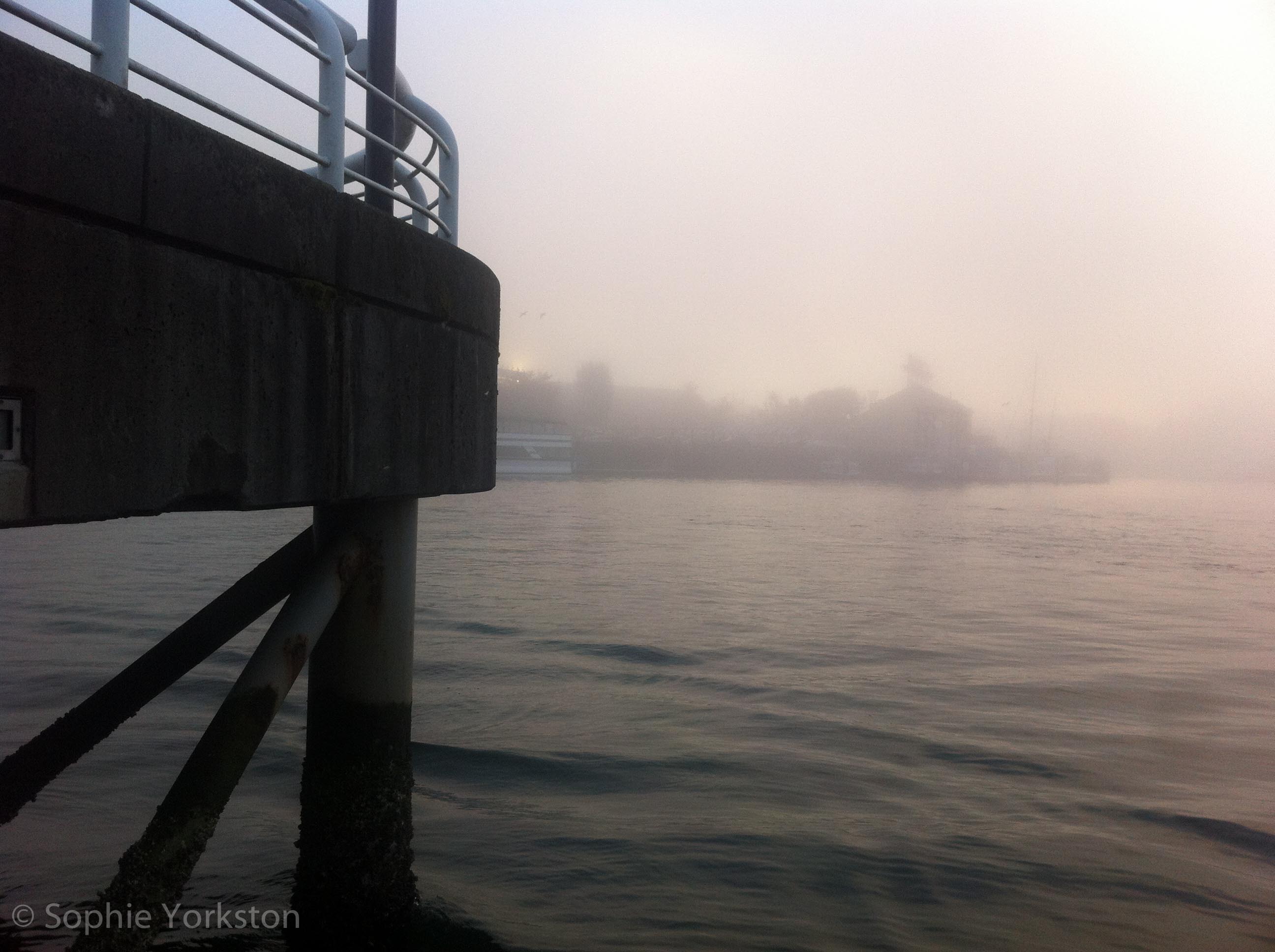 As I crossed the foggy False Creek, I wondered what the night held in store. I was heading across the quiet and creepy river to attend one of the events at Vancouver Writer’s Fest: Fantasy @ 6, with the entertaining Maureen Johnson and Maggie Stiefvater, who I didn’t know but looked forward to hearing from. Both are current writing young adult urban fantasy, more so Maggie than Maureen, and both are quite active online (particularly on Twitter). When I won the tickets at Neil Gaiman’s event, I had been already following Maureen on Twitter for a few months.

What followed was a most entertaining evening. The event was hosted by a lovely quirky librarian named Shannon, whose introductions were fun and complimentary. There was a really great dynamic between all three women on the stage tonight that had the audience laughing and relaxed. 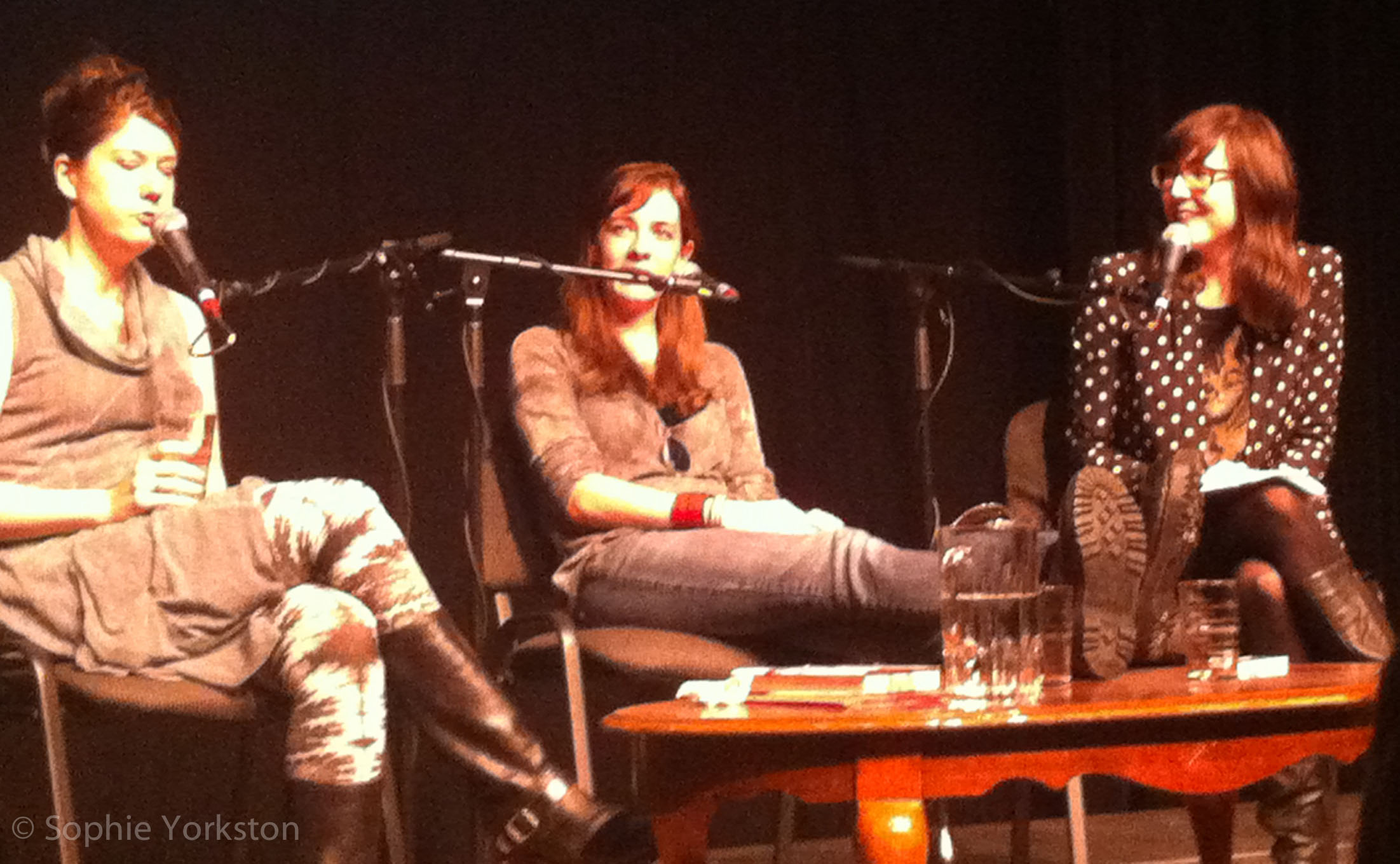 Maureen was everything that I expected, after following her for the better part of a year. She was funny and did spend about 5 minutes talking about her recently adopted puppy. Maggie was impish, with a fun sense of humour, a propensity to laugh  and big, expressive eyes. Both were dressed pretty casually, but especially Maggie in her jumper, jeans and combat boots. I loved Maureen’s leggings, which looked like winter forest from where I was sitting.

It was interesting to learn about Maggie; she’s driven rally cars (including having taken a rally driving course), professional bagpipe player and mother. She’s a history graduate but has no professional writing qualifications, apart from having written several books of course!

The whole evening was like one great big conversation. Maureen and Maggie admitted that writers leave the pen and run, going into the woods to die in some sort of writer graveyard. After a few unintentional innuendos from the lovely Shannon, Maureen started saying “Things are different in Canada” to great effect.

Both had readings from their latest books. Maggie started with a reading from The Dream Thieves, next in the Raven Cycle series. She recruited two audience participants and Maureen and read from the 14th chapter, a scene with 3 psychics and a hitman. It was actually really good fun.  Maureen read an teen angsty, yet funny, passage from The Madness Underneath, second in the Shades of London series.

At one stage, there was a noise backstage and Maggie took off, calling for the elves and using Tolkien terms to try and open the curtains. Maureen nabbed two soft toys, a cat and a hippo, and sat with them until the end of the evening.

An audience question had the women reflecting on when they first knew they’d made it as writers. Maggie described her moment as having two bestsellers out, but it only really sunk when she was reenacting a scene from Doc Hollywood, speeding down the highway with the same song playing.

They also talked about writing, and about self-doubt. Both talked positively about writing communities, and that they had friends who were also writers. After a question from an attendee, Maureen reflected that at some time or another every writer has felt that “this thing I am writing is a war crime; and maybe causes cancer”. Maggie followed up saying that being a writer was turning that war crime into something.

It was pretty appropriate that the night really ended on Maureen’s follow-up comment: “Spin that s*** into gold.”